Last week Banqer had the opportunity to head offshore. For the first time we touched down in Sydney, Australia. What was the reason? We were given the opportunity to demo Banqer at the inaugural Afiniation Showcase along with 30 other FinTech companies.

Firstly, let’s get all of the local lingo under our belts...

Afiniation: The name of a new network to support, strengthen, and develop the Australiasian FinTech community.

FinTech:This stands for “Financial Technology.” You’re probably more used to EdTech (Education Technology) like us, but given what Banqer does we get to be greedy and sit in both camps.

Showcase: The chance for a bunch of different companies to present their products. The rules at this one were simple; seven minutes to present, no powerpoint or videos - purely talking and demonstrating.


This being the first event for Afiniation, nobody really knew exactly what to expect. We started by setting up at our stand and mingling with the other demonstrators. There were some really impressive companies including Australia’s HashChing, Simply Wall St, and SuiteBox, to name a few. And probably more excitingly for us, we were at home with other New Zealanders, such as Sharesight (yes we’re claiming you), and Eight Wire.

The event soon kicked off, opened by Citibank’s very own Linda Duncombe, followed by New Zealand’s Trade Commissioner David McLeish. We liked that this really was an Australiasian event in every way possible, often the ‘sia’ can go missing at events like this. 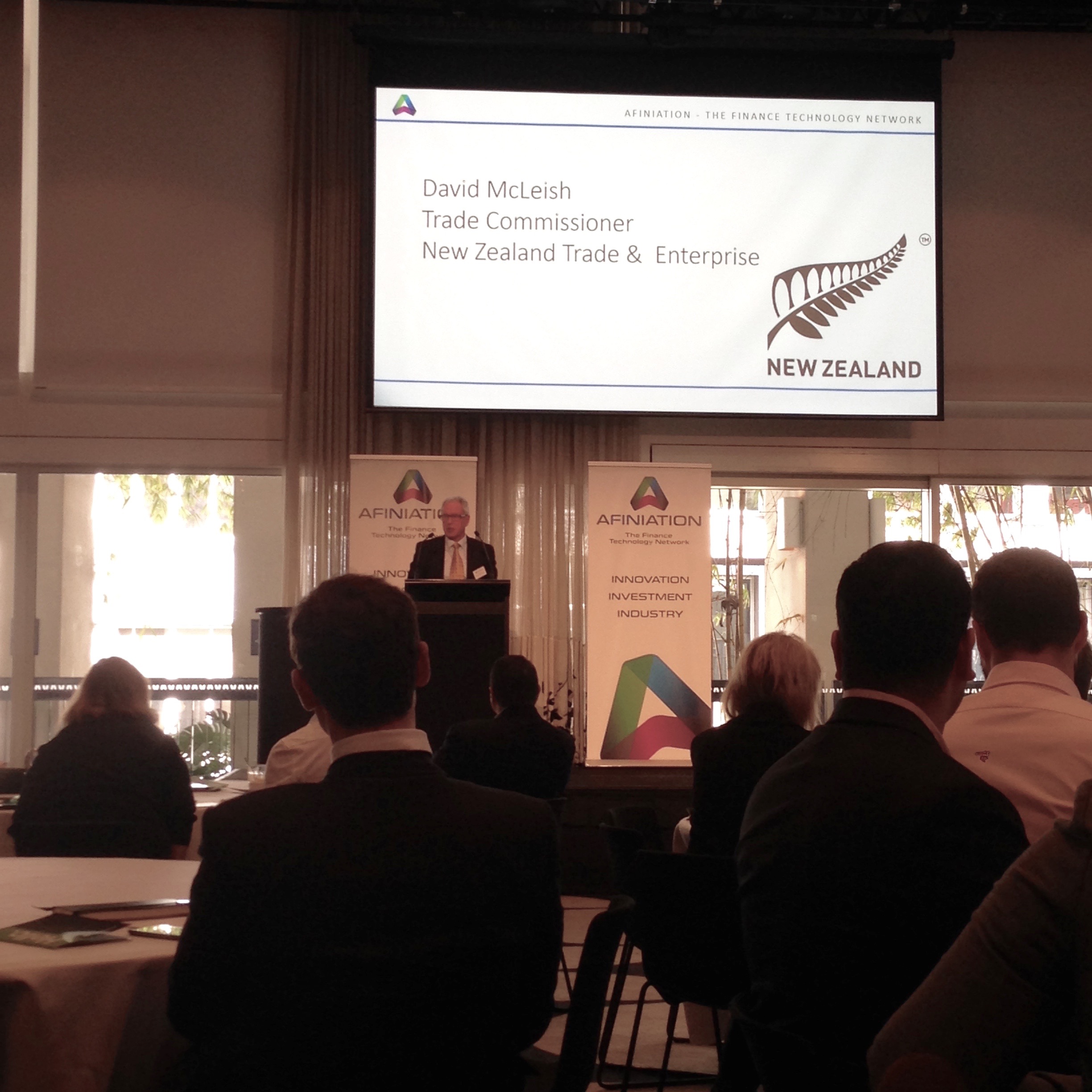 With 31 speakers to get through the day was broken up into four sections with 6 - 10 speakers in each. We weren’t until section two so were able to sit in and relax as the day got underway. That said, before long it was our cofounder Kendall’s time to shine. Our demo certainly stood out from the pack, as until now we’d been hearing about products more centered around wealth management for adults. Kendall changed things up on stage by showing off the new Insurance Module. When a volcano erupted within Banqer and affected the classroom, the crowd was certainly entertained.


Overall the demo went really well - we even picked up ‘Best in Show’ for our efforts. This accolade says a lot about the way in which what we do here at Banqer resonated with the audience. It pleases us greatly that not only do New Zealanders want a better financial future for the next generation, but so too does Australia. Placing an importance on tools like Banqer is a nod to a more financially capable society.

But the day wasn’t all about us! New Zealand’s Eight Wire ran away with runner-up ‘Best in Show’, and Sharesight took out the coveted ‘Best Tech’.We’re big fans of both, so it was fantastic to see them recognised for the work they’re doing in the FinTech world.


To wrap up we want to sincerely thank the Afiniation crew, not only for the event, but for fostering this FinTech community. We can’t wait to be a part of whatever you are cooking up next!