Grey or Golden: Part One

The concept of aging has been thrown in my face a little lately. I’ve never been one to care much about getting old, but on a recent flight I was confronted by the guy next to me as he conceded “I can’t believe I’m turning 25, before long I’ll be 30 and old.” As I personally stare down the barrel of 26 his words turned over in my mind in the confined space we shared. The rest of the 1 hour 25 minute flight proved an opportunity to mull over why I cared about his statement, as I put my headphones on and pretended like the cord in my pocket was plugged into some kind of music device when in fact it wasn’t. The perfect avoidance technique. 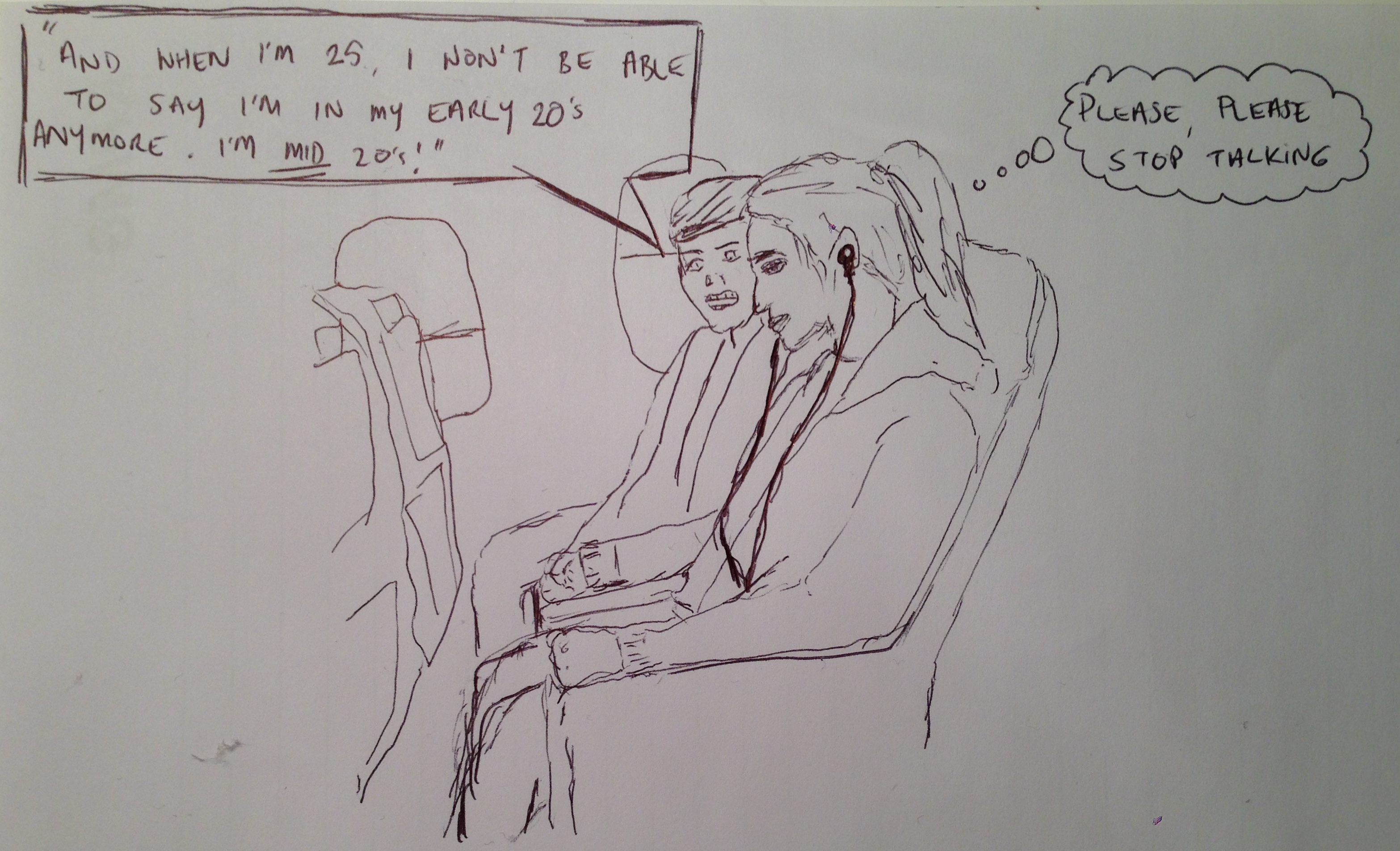 Thanks to the media and other influences we do care about getting old, but what I concluded during that flight is that it was for all the wrong reasons. We are focused on fighting the inevitable instead of preparing for it. Our thoughts linger on the trivial aspects of the sunshine years; how many more wrinkles we may have collected, when we will go grey, or how expansive our waistline may get. And what is so easily negligible as a 25 year old is to assess whether or not I’ll be able to afford to live in retirement. Or whether I will in fact even be able to retire. What lifestyle will I lead? Will it be wine tours in Southern France, or a reluctant caravan in one of my children's backyard?

This phenomenon is studied by behavioural economists with fascination, the current conclusion being that we’re incapable of truly imagining our future selves, with double your current age being the boundary for most, so for me 50. A BBC article does a good job of outlining the intricacies, but a summation from Daniel Read, professor of behavioural science at Warwick Business School is that:

it's been shown that people's identification with themselves diminishes as they look into the future," and essentially "It comes down to not caring about ourselves in the future."

That is a bold and concerning statement if in fact I don’t care about Future Kendall. If I’m honest I’d admit I probably think about Past Kendall more than Future Kendall, which is rationally the wrong hierarchy. In fact, I’m often in a perpetual struggle with Past Kendall about the decisions she made. Even that night when I got home I cursed her for not having already made the bed when she knew I’d be getting home late from out of town and it would be the last thing I’d feel like doing.

On what turned out to be a warren of an internet adventure that night I stumbled across Dan Gilbert’s TED talk, who I feel articulated this personal turmoil extremely eloquently. If you don’t have 6.49 minutes to watch in full, basically Dan concludes “we overpay for the opportunity to indulge our current preferences because we overestimate their stability.” His findings suggest if you asked Present Kendall whether I thought my life would change much in the next ten years I’d say no. Fast forward ten years and Future (now Present) Kendall would say, well actually things have changed a bit.

Why does this happen? Dan says it:

probably has to do with the ease of remembering versus the difficulty of imagining.”

So maybe this is the answer as to why we focus on the trivial. Because the issues of substance are too hard. Maybe even impossible? We can see old age all around us, so our imagination can bring our exterior future selves to life, but to actually empathise with that intelligent being might be beyond our capabilities.

It was past midnight before I exhausted the relevant TED talks on the subject and I found myself binge watching some of the recently released Nigel Latta series, “The Hard Stuff,” on TVNZ OnDemand. I was drawn in particular to one titled “Getting Old: The Retirement Bomb.” He brought up some themes I’d already been reading about, like the ‘discounting theory’ which you might know as the marshmallow or chocolate fish test. Will you delay instant gratification for the promise of future reward? But the discussion point that really tweaked my interest was KiwiSaver. It’s a topic that’s been front and center for me at work for a while now. And with the commentary and statistics concluding we’re not that great at it, I’d taken a slightly negative view on the scheme.

Perhaps it was the fact I was encroaching on 3am, but I realised that KiwiSaver could just be the answer to our irrationality. We don’t care about our future selves because we can’t even imagine our future selves. Future Kendall isn’t real, or at least not as real as present Kendall (OK this really sounds like 3am babble, but stick with me). So we need a regime that protects us against our current selves who are constantly self-seeking, and quick to neglect the future: KiwiSaver!

But the romanticised version of KiwiSaver now swirling around in my head isn’t the one that my generation relates to. The disengagement rates of members mean the system isn’t working as efficiently as it should be. Why not? Now that I understand the irrational behaviour we're fighting against KiwiSaver is a logical solution. But the statistics don't lie - it's not working, or at least, not optimally.

I want to know what young adults truly think about the scheme. As although I fundamentally agree that KiwiSaver is the right approach to preparing for retirement I don’t get why we’re doing it right and I want to find. Because then maybe we can fix it. So if you get an email from me in the early hours of the morning ranting about KiwiSaver and asking for your opinion, no, I haven’t had a breakdown.

And please reply. Future Kendall thanks you.