How Banqer turned a kid into a young adult 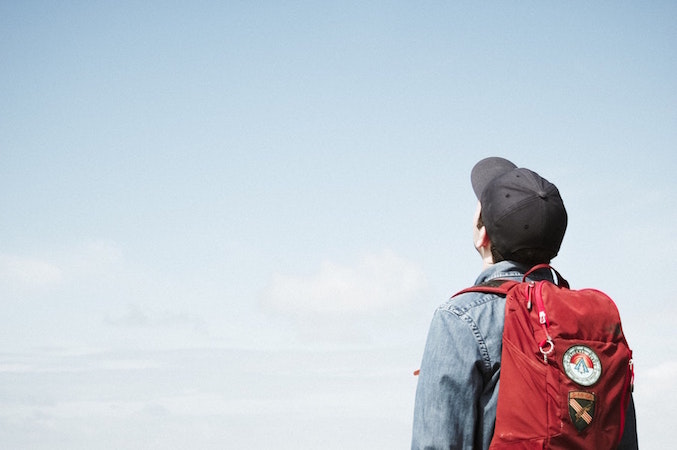 As a child I had a money box full of cash I’d earned sitting in the corner of my room. I never knew that as every hour ticked over, I could have been making even more money if I’d just put it in the bank.

Have you ever seen a child’s eyes light up when they’re given a $5 note after washing their parent’s car? Some will go down to the dairy and buy sweets, and some will put it away in their wallet or in a money box. For the kids that stash their money, after four or five months they love going back to their collection and looking at the money they’ve earned; the fivers, the tenners, the twenties and even the fifties and hundreds (if they’re really lucky). As a kid this was almost addictive, gazing at my hard earned money. But I was young and naive, and didn’t realise this money could be working even harder than I did.

I used Banqer in my last year of primary school, and the things I learned in a short period of time are endless. But the very first concept I learnt was the power of interest.

One day my teacher told the class that “the rich become richer”. I didn’t quite understand this at first. He then explained that when money is in the bank, a small percentage of itself is made and added to the total. He then elaborated that the more money you add, the more interest you get. No wonder the rich are getting richer!

As soon as I got home I grabbed the money sitting in the corner of the room, rushed to my parents and got them to help me put it in a bank. After this moment I have never stashed cash like I did in my early days and the benefits are amazing. Knowing that as I put money into the bank I actually make more, I have been encouraged to do more chores and grasp any opportunity that jumps at me that I could earn money. The result of this is that as a recently turned 16 year old I have just got a job at the supermarket which I hope to keep until I leave high school.

When our classroom started to use Banqer each student had to rent their desk, pay for the wifi, and buy their dream car. At the time, I thought this was just an exercise to get me and my classmates interested in Banqer. We started earning income to start the whole process and after a few weeks I realised that through Banqer were creating a simulation similar to life after school. This wasn’t just an exercise, it was practicing for life.

Eventually as young adults we will be renting a flat, paying for the wifi and needing a first car. By going through the Banqer process I quickly realised that if I had to earn money in the simulation to rent and buy I would need to earn money in real life to rent and buy. This is where my devotion to getting a job, working hard and earning money came from. I know that if I keep a job for two years I will be in a better position when leaving school than those who don’t.

With the money that I earn with my new job I could easily get too excited and spend most of it but because of Banqer, I have learnt that I need to be responsible with the money I earn. Natural disasters like tsunamis, tornadoes and earthquakes (which are very relevant to me as a Cantabrian), that Banqer creates can destroy the car and house you buy. For this reason, Banqer educates kids like me to have money saved for occasions like this and to buy insurance for things that could leave a large dent in your bank account if ruined.

So instead of spending money on unnecessary items because I can, I will save the money which highlights the pathway to success in the future. It may sound like all the saving reduces the freedom in your life but in fact it creates more. If you understand how to be responsible with your money you will be able to have just as much freedom as you had as a kid.

I bet most young teenagers have to ask their parents for money when going to the movies or playing mini golf but as an ex Banqer student, I don’t have to ask my parents as I earn it myself. I no longer need to worry about not being able to go to the movies because my parents wouldn’t give me the money due to the fact that I have worked hard to earn a reward like this for myself.

Giving back to parents is a concept that I cherish. Realising the hardships your parents endure to make your life better and finally being able to give back to them is one of the best feelings in the world. Banqer opened my eyes to this and turned me from an immature kid who loved to spend on sweets and candy to a responsible young adult who is prepared for the future that awaits.

Insights from Jordy Annand, one of the original 24 Banqer students who piloted the new idea in late 2014.