How financially literate is Kiwibank?

This year is Kiwibank’s sweet sixteen. That means, if it were a regular Kiwi kid in the throws of teenagerness, they’re not far off confronting the realities of life as a young adult. Perhaps soon they’ll be heading off to university, or maybe starting a trade instead. Or… if this Kiwi really wanted to stretch its wings, it might soon be embarking on it’s OE. 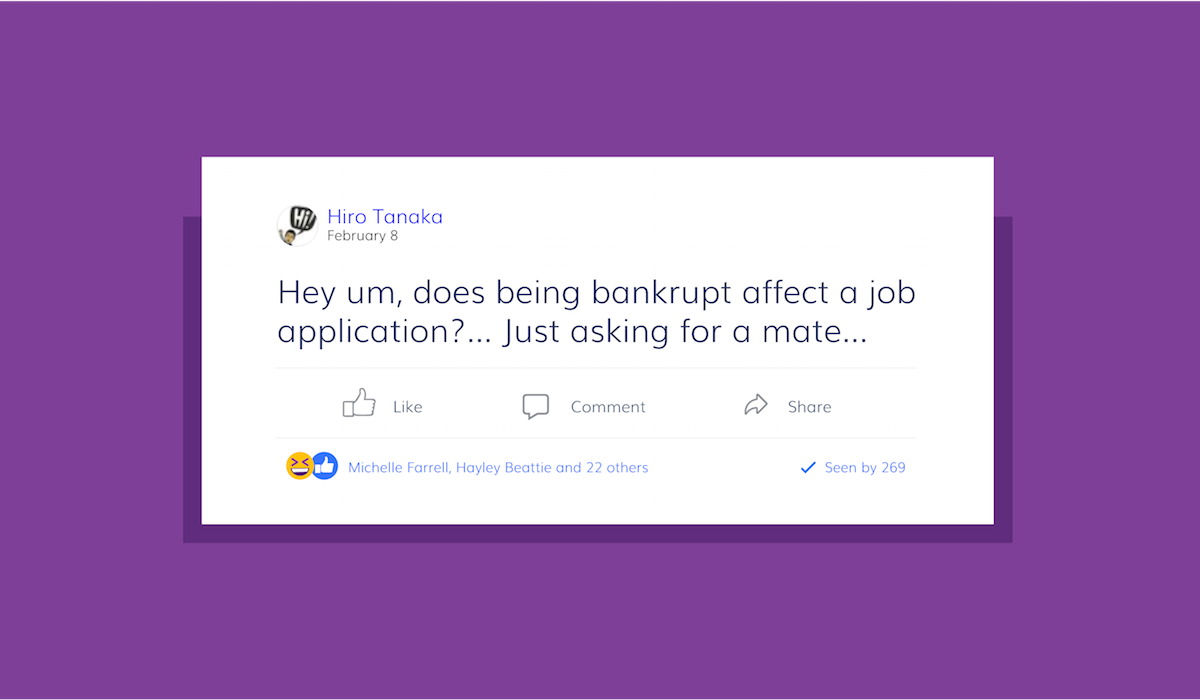 We’re the first to admit that the average 16 year old Kiwi is a lot different to New Zealand’s biggest locally owned bank, but we were still curious… Just how ready Kiwibank would be to embark on their next step into adulthood? And more specifically, is Kiwibank prepared to take on the financial world that lies ahead?

And luckily we had just the tool to test this. We decided to put Kiwibank staff through their paces with a six week simulation as Banqer students.

More than 200 Kiwibank team members from head office and in branch enrolled and with that the first ‘Kiwibanqer’ simulation begun.

As with every Banqer classroom, the Banqer experience starts with a kick-off quiz. The results of the Kiwibanqer kick-off quiz were really impressive (and as a Kiwibank customer I am grateful of this).

Typically Kiwi kids around the country would score below 50% in this quiz, understandable given a lot of them are new to learning about money. But the Kiwibank average was an impressive 83%. Not only this, but they also managed to score the all time record of number of students that got 100% on the kick-off quiz.

This metric alone isn’t enough as high financial literacy levels don’t always translate to high financial capability. It’s one thing to know what you’re supposed to do with money, it’s another thing to actually do it.

After finishing their quiz all Kiwibanqers had access to their life savings totaling $15,000. They also received the first issue of The Banqer Bulletin, the weekly Banqer publication which aims to keep all Banqer students up to date with the pressing current events. It was then up to the Kiwibanqers to interpret this data, and if necessary make financial decisions based on it.

The Kiwibanqers started earning interest of 4% on their savings (so long as they remembered to transfer it into the right account), an income of $50,000, and had expenses totaling $32,000 per week. They were taxed progressively on all income earned, and could enroll in KiwiSaver, choosing from three risk based investment funds. 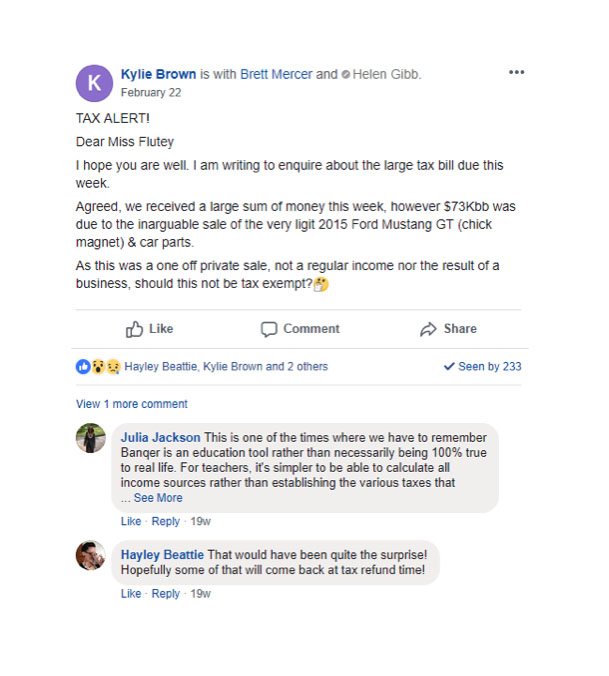 It took only one week for the first Kiwibanqer to be made bankrupt within Banqer. An investigation by the Banqer Bulletin revealed that the bankruptee fell victim to an elaborate ponzi scheme set up by a fellow student. This was just the start of a number of interesting entrepreneurial pursuits as the boundaries of the laws within Banqer were tested.

At the same time there were also some early positive behaviours being exhibited. More than $10,000 was donated through the optional charitable giving feature by Kiwibanqers in just one week. It wasn’t long before the Kiwi-bakers were cooking delectable treats for fellow Banqer students (at a price), and we even had one enterprising person who drew customised pet portraits for her colleagues for a mere few thousand banqer dollars a pop.

When the ability to purchase investment properties was introduced it took a while for the first Kiwibanqer to get their foot on the property ladder. But by the end of the simulation 78% of the Kiwibanqers had experienced purchasing a property and paying off their mortgage.

Property was also at the heart of the biggest scandal of the Banqer economy as a property syndicate (that owned majority of the properties in the economy) came under fire. There were accusations of unauthorised access to members funds and a questionable legal structure.

One Kiwibanqer was tasked the role of Financial Crimes Investigator which lead to a hearing with judge, jury, prosecution and defense. All of these were roles applied for by Kiwibanqers after submitting a CV through Banqer. The final verdict read guilty, and the syndicate was disbanded and the student in question fined.

By the time the final quiz came around almost all of the Kiwibanqers were scoring 100% or 90%, with the most common score being 100%. Pretty reassuring results for New Zealand’s biggest local bank, and a great outcome of the first ever Banqer simulation in the corporate workforce!