It’s always exciting when teachers share with us the impact Banqer is making in their classroom. How engaged students are with their learning, the behavioural changes they are seeing in their students from Banqer, and the level of comprehension students now possess of core financial concepts. But recently, we came across something we’d never seen from a teacher before. And we’d like to share it with you.

Banqer is being used at Mrs P’s school by several teachers, but Mrs P didn’t think she would have time for Banqer. She saw the merits, but her class was already so full of awesome activities for the students, that introducing anything else was a big ask. We get this, and all other teachers will understand this feeling.

But as the year went on at Mrs P’s school, the students started talking... Banqer was in full swing and those students using it were loving it. They talked proudly about the property they owned and the rental income they were receiving from it. They marvelled at the interest compounding in their savings accounts, and some of them talked profits from the companies they owned over muesli bars at morning tea.

With all this talk surrounding them, Mrs P’s students decided to take matters into their own hands. They put together a proposal. They even decided on a name for their new classroom currency if Mrs P agreed to Banqer being used; “P’s Pennies”. The petition outlined that having Banqer would “encourage [us] to listen and collect house points in [the] prospect of earning money” and that they would “learn about economy”. The students also stated that “you can fine [us] for many things such as lateness, rudeness, or calling out.”

Following that, they compiled a big list of ways to use Banqer in their class that they could see would work for Mrs P and themselves, and they all signed the petition (of course leaving a space for Mrs P’s signature). 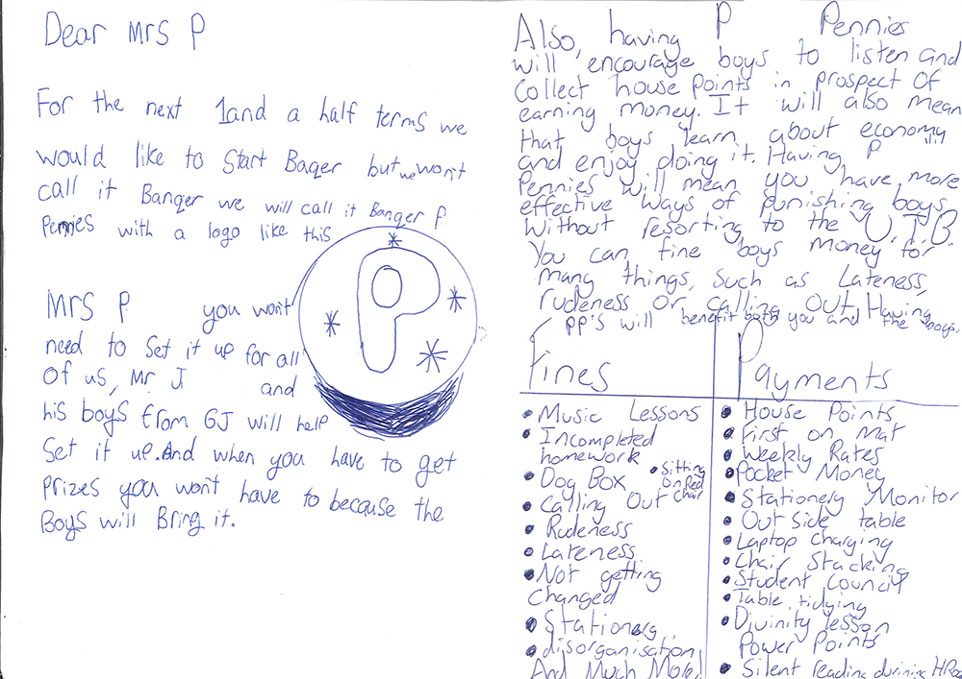 So did Mrs P sign the petition and agree to trial Banqer in her class?

How could she say no to this? 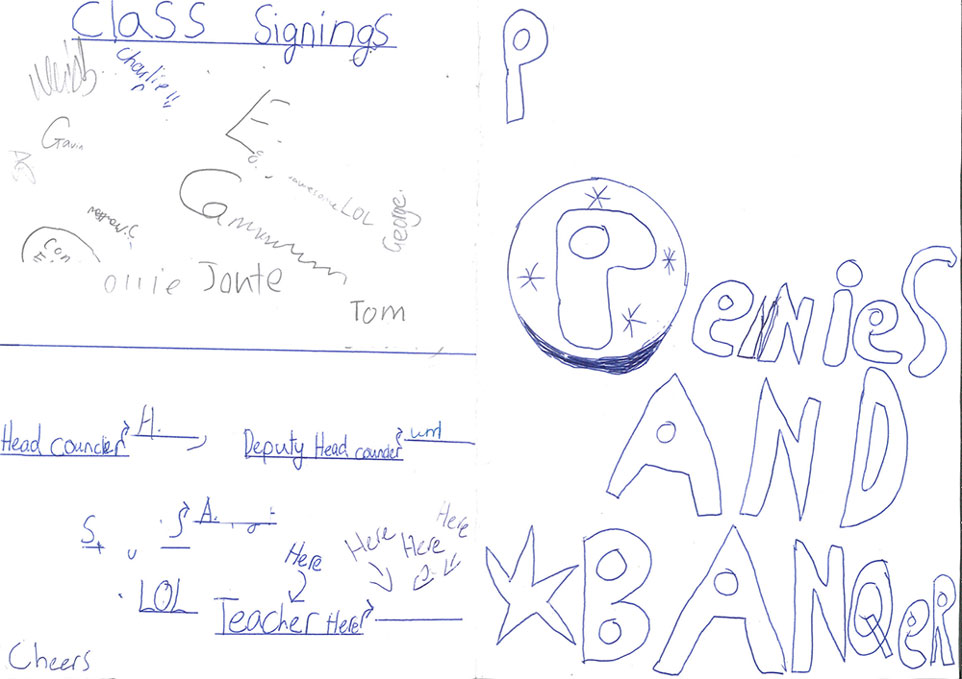 And they all lived happily ever after?

Well, it’s early days for Banqer in Mrs P’s class, but we have it on safe authority from Mrs P herself that she is loving Banqer and how it fits seamlessly into her daily classroom activities. The fear of it taking up extra time has been alleviated, as it seems to tick away in the background for her, and her students can engage more if they want out of class hours.

Welcome to the Banqer family Mrs P, and just so you know, your students petition has made it onto the Banqer wall of fame!