Wednesday night consisted of two things here at Banqer HQ; pitch practice, and ironing our new purple T-shirts. Preparation for Webstock’s BNZ Start-up Alley was coming to a close as we neared closer to the main event.

As part of our prize for being one of six finalists at Start-up Alley, we were given two tickets to the Webstock conference itself. Thursday morning rolled around and we sat anxiously in the crowd (despite the fact it was almost 10 hours until we would take the stage) listening to class acts such as Elle Luna, Nat Cheshire, and Des Traynor. Taking in all of their knowledge, wisdom and experience in the hope that we too would exude such confidence when it was our turn to take to the stage.

The whole day was a whirlwind, and before we knew it we were getting handed microphones and waiting in the wings in anticipation. The crowd had already listened to some pitches from the uber impressive and competitive line up, as well as the judges questioning that followed. Moxie, Trailblazer, and Rave Build were all able to breathe a sigh of relief and now it was our turn to step into the spotlight. 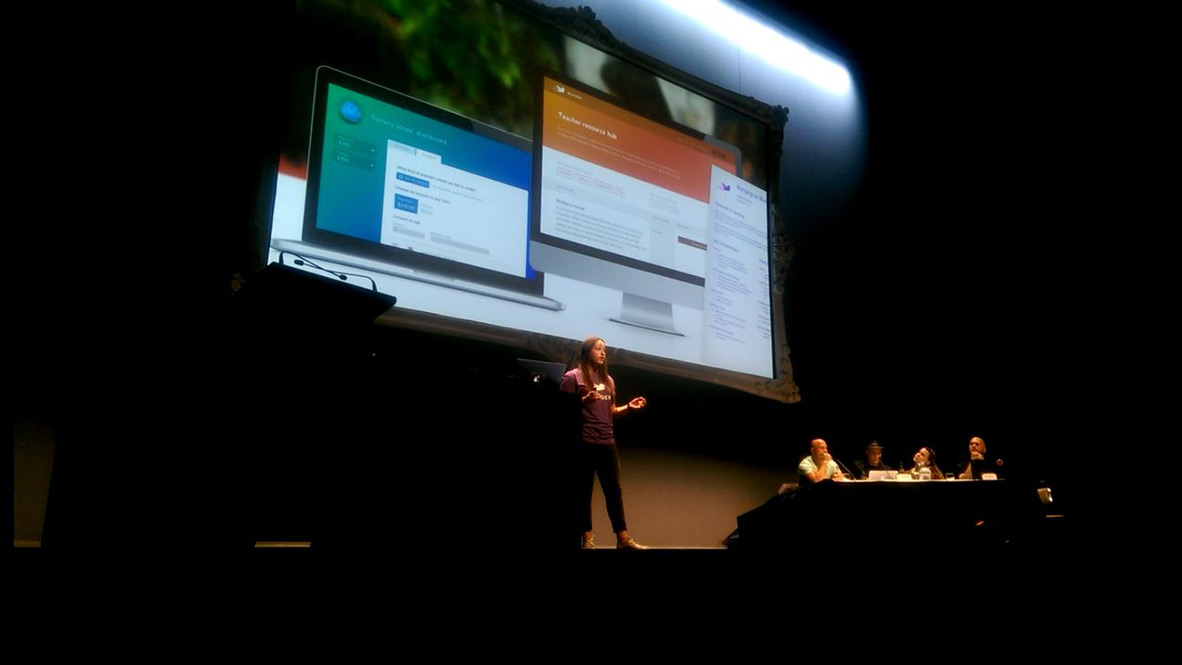 Three minutes. That’s it, that’s all we had to wow our esteemed judges: Lance Wiggs, Anna Guenther, Derek Sivers, and Harry Ferriera, as well as the crowd. Fearless leader and co-founder Kendall Flutey managed this task, and David Glover (co-founder and Banqers chief strategist) joined her, both taking to the stage to navigate the questions to come. The duo even managed to get a few laughs from the crowd, tackling the judges questions head on.

Before we knew it they were done, safe and sound in their seats. It was over. Together we watched the final two contestants (Syngency and FactorFree) before nervously waiting on the judges deliberations, the excitement was overwhelming!

The judges took to the stage, offering some great feedback to all the teams before announcing the winners. Nerves at 80%. Third place went to Syngency. Nerves at 90%. Second place to Rave Build. Nerves at 99%. “And the winner is….”

What followed is a bit of a blur. There was clapping, an oversized cheque, some photo taking and a whole bunch of smiles. 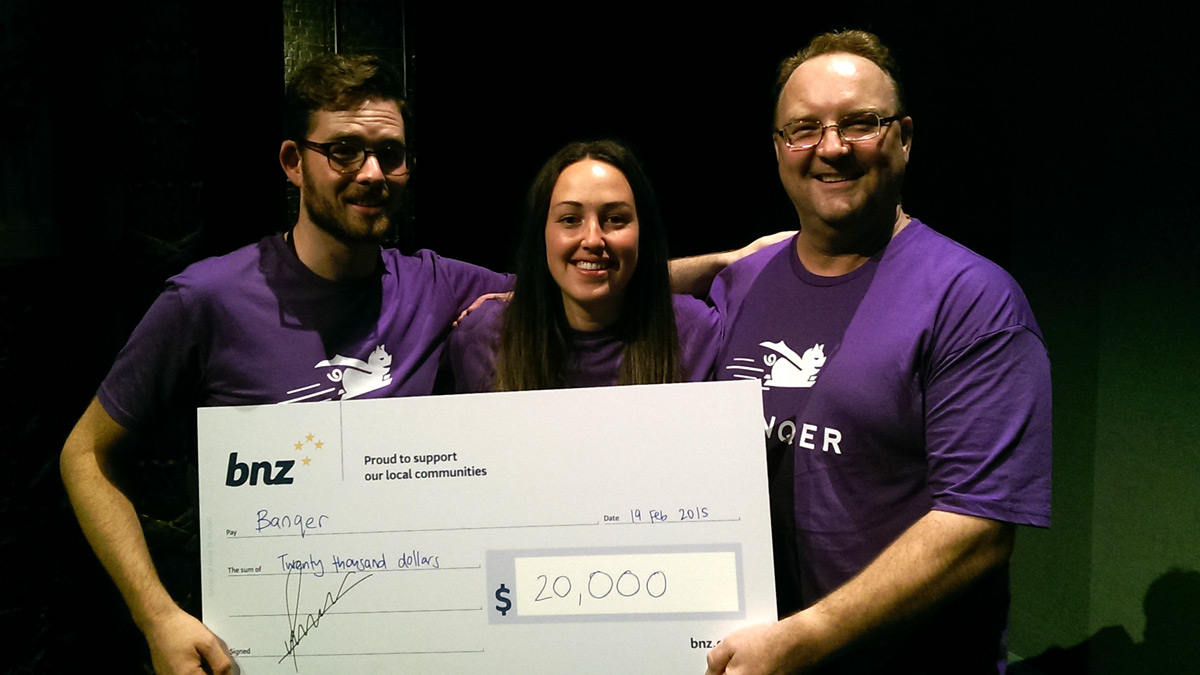 We were grateful for the opportunity to be a finalist, let alone to take out first place!

With the win comes an amazing prize, including $20,000 and the opportunity to go to San Francisco as well as a place with Kiwi landing pad and Icehouse. This prize hasn’t changed our plans to grow Banqer in order to help improve financial literacy worldwide, but it certainly has fast tracked our ability to do so. Now it’s back to the drawing board for us, time to brainstorm and strategize so we can make the most of this amazing opportunity.

We’re so humbled that we could be a part of such an awesome competition, that stands to develop and support New Zealand start-up, promoting innovation in tech throughout New Zealand. Thank you Webstock and BNZ for making the next stage in our dream a reality. We set out from day one to make a real difference and this is going to help us immensely on the road ahead.

To everyone who helped us get here, thank you.